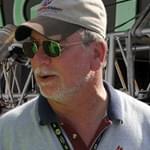 Maybe you can chalk it up to fewer Super Bowl parties because of the pandemic, or to the blowout game, or both, but Sunday’s NFL championship game in which the Tampa Bay Buccaneers beat the Kansas City Chiefs 31-9 had the lowest number of TV viewers since 2006. Nielsen said Tuesday an estimated 92 million people watched the Super Bowl across the country on CBS, with a total of 96.4 million when adding in a record number of people who streamed the game online. That’s down from 101.3 million who watched the Chiefs beat the San Francisco 49ers in 2020, one month before the pandemic hit. The 2015 Super Bowl between the New England Patriots and Seattle Seahawks was the most-watched with 114.4 million viewers. Also likely playing a factor this year was that the Buccaneers and Chiefs are both from relatively small TV markets. But, speaking of numbers, we did eat more than 1.4-BILLION chicken wings, more than 20-million POUNDS of cheese and over 325-MILLION gallons of beer to wash it all down during the Super Bowl.

Check out this week’s One To Watch!… END_OF_DOCUMENT_TOKEN_TO_BE_REPLACED

Are we really that screwed up?… END_OF_DOCUMENT_TOKEN_TO_BE_REPLACED

Meet this week’s One To Watch!… END_OF_DOCUMENT_TOKEN_TO_BE_REPLACED