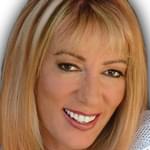 The State Supreme Court decision to lift Governor Evers’ Stay-at-Home order has left a lot of questions, especially for businesses. Here are some of the biggest questions and a quick answer as we know it right now:

Republican lawmakers who brought the lawsuit asked the court to put any ruling on hold until they could work out a plan with Evers, but the justices declined to do that and the Evers administration had not worked on a new plan before now. That means their ruling went into effect as soon as it was issued.

Has all of Wisconsin reopened?
No. Local officials can put their own limits in place, and rules could vary significantly from one community to the next.

Are Wisconsin schools opening?
No, the court’s ruling did not apply to the portion of the order that required face-to-face instruction to cease in public and private schools, but the majority did not explain why.

Are bars and restaurants open?
The ruling immediately lifted restrictions on all businesses.

The Tavern League of Wisconsin told its members they could “OPEN IMMEDIATELY” in a post on Facebook shortly after the ruling.
Local authorities may issue orders requiring bars to stay closed, however.

Are in-person religious services allowed?
Worship services can now be held in person as long as there are no local restrictions on holding them. It will be up to individual churches, synagogues and mosques to decide whether to allow them.

Do businesses that reopen have to meet requirements related to cleanliness or capacity size?
Not unless a local order is in place outlining such rules.

Will evictions and foreclosures begin again?
No, according to Peter Koneazny, litigation director at the Legal Aid Society of Milwaukee.

Could the state issue a new order putting restrictions back in place?
Yes, but it’s unlikely a new order would look like the order just struck down. Health Services Secretary Andrea Palm must develop a new set of rules through a process known as rulemaking that will be subject to the approval of a committee controlled by Republican lawmakers, three of whom are some of Palm’s harshest critics.

GOP Assembly Speaker Robin Vos of Rochester and GOP Senate Majority Leader Scott Fitzgerald of Juneau said they want lawmakers to review any new plans by Evers, but they did not say what kind of restrictions they would be willing to consider.

When would Wisconsin have reopened without this order?
The stay-at-home order was to expire May 26, and Evers said he didn’t plan to extend it beyond then. He had begun lifting some restrictions and planned to lift more in a phased approach as the state hit certain milestones, such as a declining percentage of positive COVID-19 cases. As of Wednesday, Wisconsin had hit five of the six milestones.

Wednesday’s ruling bypasses the phases Evers laid out for reopening the state and lifts all restrictions.

Check out this week’s One To Watch!… END_OF_DOCUMENT_TOKEN_TO_BE_REPLACED