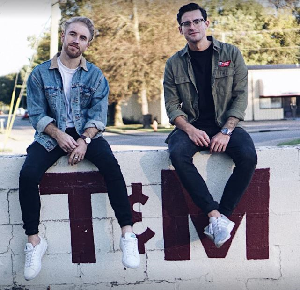 Welcome to another One To Watch! This time around, we find talented singer/songwriters Tom Jordan and Mitch Thompson, who traveled thousands of miles from their homes in Australia to land in Nashville and form a band called Seaforth, which happens to be named after the suburb near Sydney they both grew up in. They’ve been childhood friends since early on, and over the years realized they both had similar tastes in music and were talented enough to pursue music as a career. They recently produced an EP of their tunes, including our featured song, “Love That”.

Putting snow to good use…… END_OF_DOCUMENT_TOKEN_TO_BE_REPLACED

Check out our latest One To Watch artist!… END_OF_DOCUMENT_TOKEN_TO_BE_REPLACED